I'd heard of the Northern Bald Ibis for a while before that "Bald as a Coot" post but it wasn't until I did some further research that I realised what probably ought to have been obvious from the start: there is a Southern Bald Ibis. It's very gratifying to see that while there are similarities to its close, Northern relative, it looks strange in a completely different way.

The Northern Bald Ibis looked like a harbinger of doom, a caller of destruction and a bringer forth of death. Or was that just me?

The Southern one however, looks a bit like a clown.The face is completely bald, smooth and red at the top, becoming white and wrinkly down toward the neck. The red bit is also bulbous, like they're far too intelligent for their own skull. It's a bit disturbing, really. I don't like to look at it too closely.

They belong to the genus Geronticus, which means "old man". I can see where that comes from, but the Southern Bald Ibis seems to be trying to hide his age with about an inch of make-up! It's not working too well, either. Especially since he's neglected the top of his head. Please remember to wear a hat or sun lotion if you don't want a bulbous, red scalp.

Beyond that noggin we can see that the Southern Bald Ibis has a plumage similar to its cousin. It's pretty much black, but glossy and sparkles with greens and purples. This means that it looks quite attractive in certain lights, but it still looks a bit like something between a clown in a big, black hoodie and the Grim Reaper. I don't like the sound of either of those.

If you want to meet them, you shall have to go to dry, mountainous areas of southern Africa. You could bring a sack of insects, lizards and rodents with you as a peace offering. Bring a little hat with you, too. I'm sure they'd be grateful. 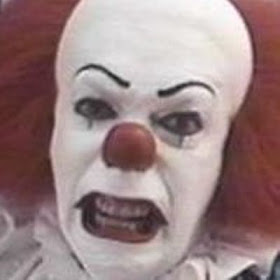